This is how we organised india's biggest student held hackathon for the second time.

This years Hack In the North had around 300 participants to become india's biggest student held Hackathon, With participants coming from all over india to make the event a grand sucess. 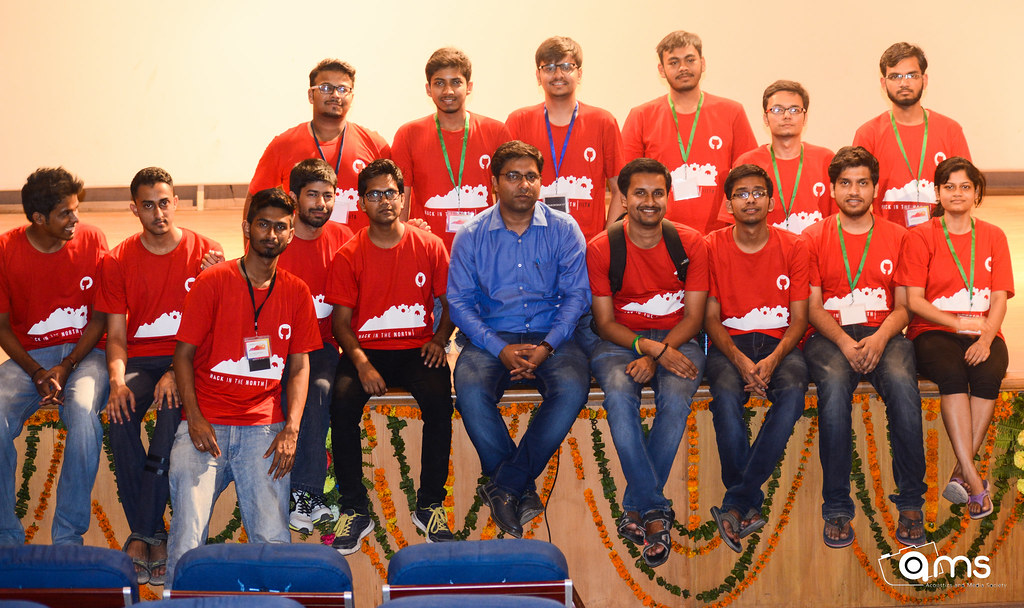 We decided early on that this year , there wont be any main organiser or anything of such sorts. Everyone will be the same and all will have equal role. This was a vital part for the event.So with a linear management we started preparing for the even 8 months prior to the event.

The team page of the event can be seen at here

{% youtube https://www.youtube.com/watch?v=ZEt7be-ZIsc %} As marketing is the most vital part of making every event a sucess. This year we decided to redefine everything by changing the logo and realsed two trailers for the event. Design for everything including the posters , website etc was be minimal.

We opened the registartion months prior to the event , so that students who are far off would get sufficent time to prepare for the event. Participants were shortlisted by their GitHub profile and Resume. Hack In the North is free for everyone although we donot provide travel rembiustments we do provide free accomodation, food and other facilities during the event. 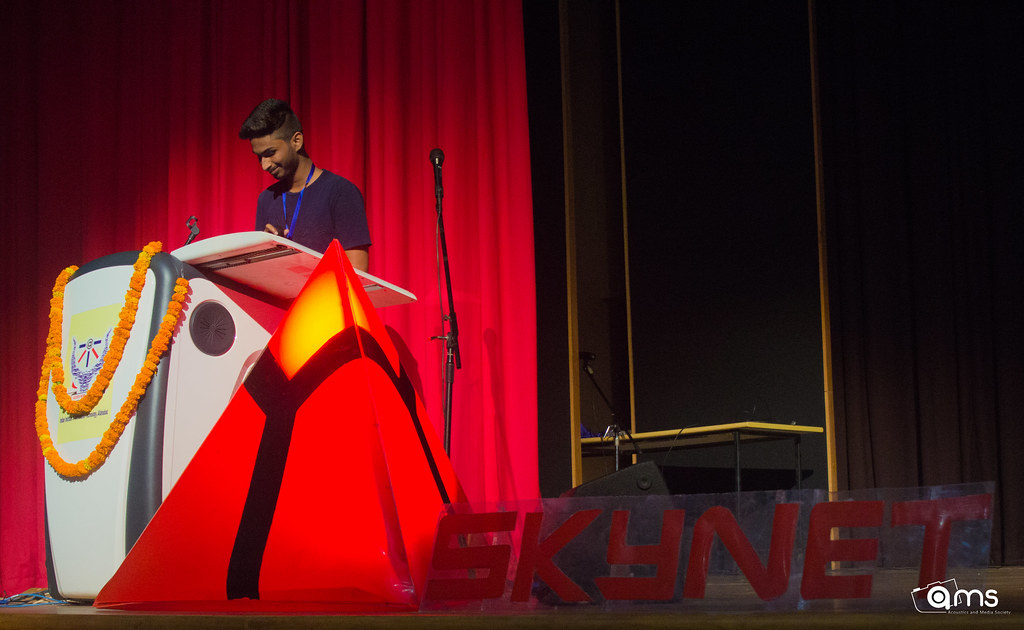 The opening cermony was made special by talks given by Joe Nash of GitHub, Sidarth of Startup Village, Saynthan of Fedora. During this 3 hour cermony particpants were briefed about the everything.

Hacking started shortly after the opening cermony and particpants were split between two labs in Computer Center 3 of IIIT Allahabad Campus.Where at which the participants hacked contiously for the next 36 hours to decide who is the winner of the event. Each Team was assigned a table number and they were also provided with beddings inside the labs as well, for those who wanted to take rest. During the hacking online sessions of RestDB and other were held. 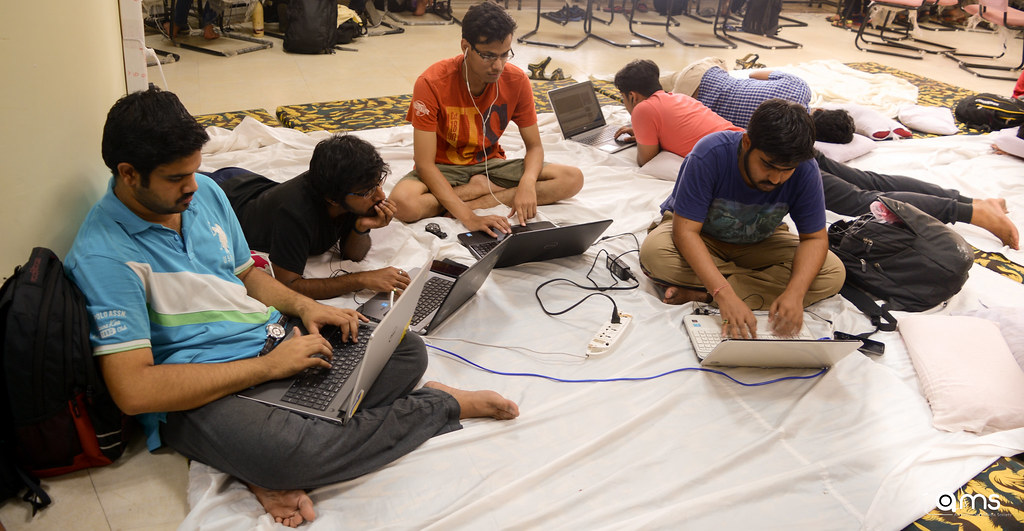 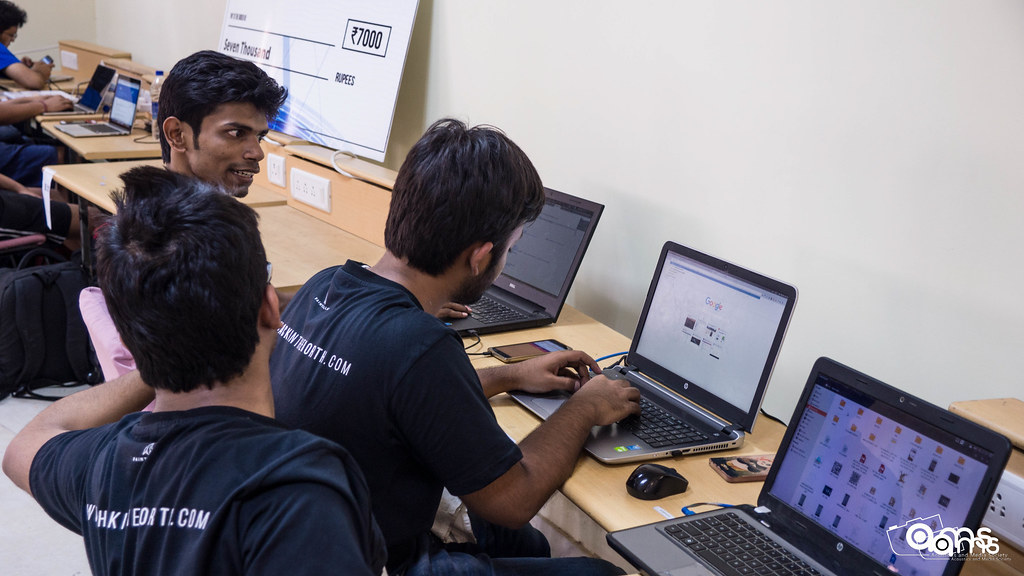 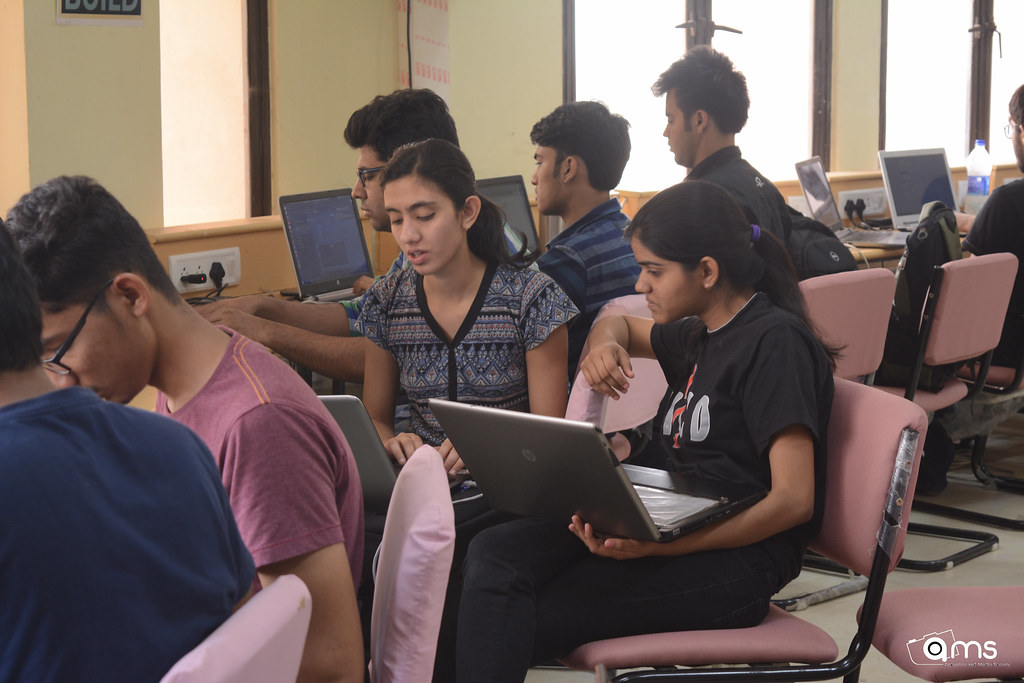 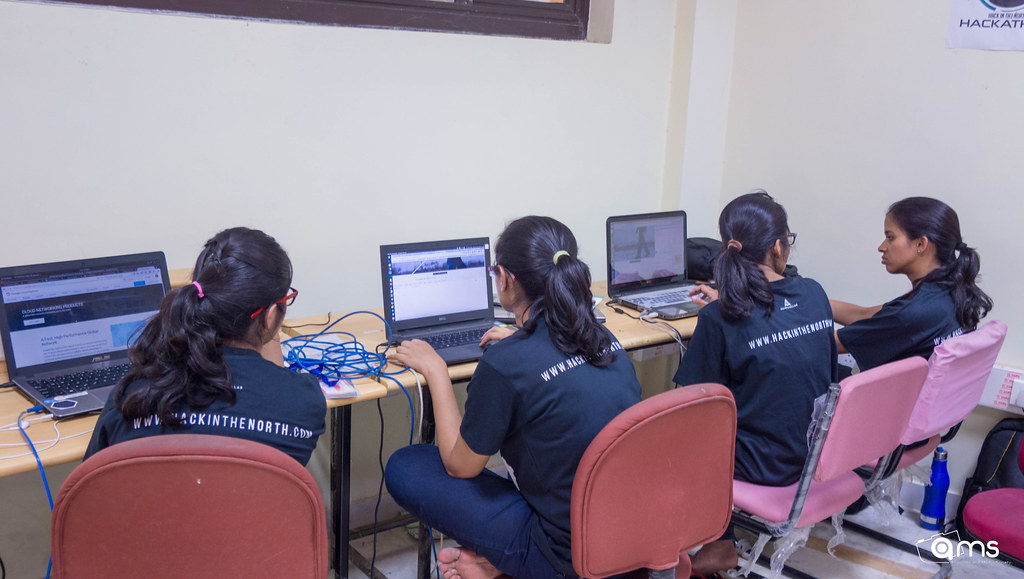 Particants were provided with Pizza, Veg Biriyani, Maggi and cold drinks each day for the two days. 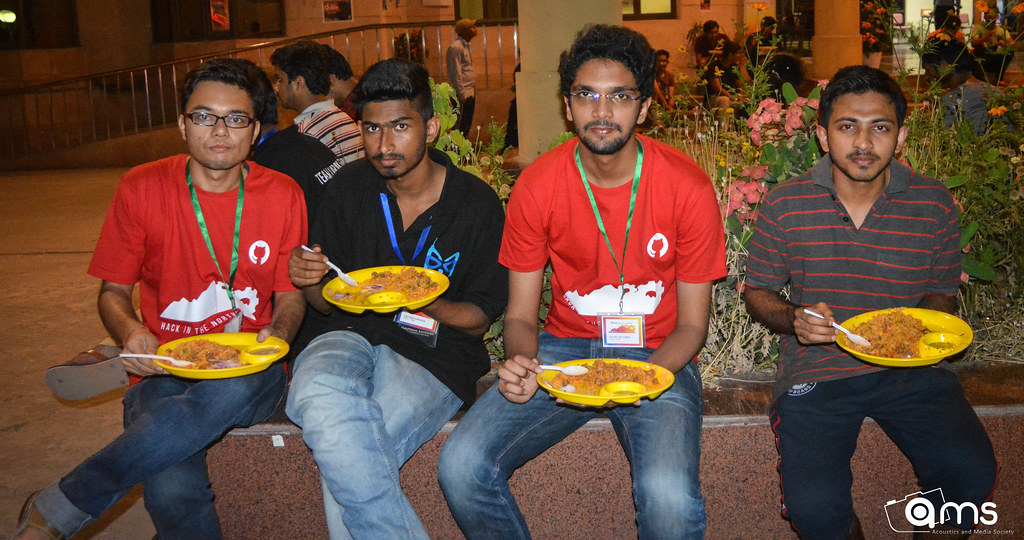 Paticpants were all given T shirts, Stickers by various sponsors , Coupons for services ( such as restdb, digital ocean, Radix etc) and various other goodies. Online session by RestDB was also held during the event.

Judging of the event was done using MIT's gavel online judge. Our two judges were from Fedora and NASDAQ. The top 10 particpants where shortlisted from the 48 teams and they were called upon on the stage for final presentation. Based on the final presentation the winners of the event was decided. Prizes were given for Winners, Best hardware hack, Best radix hack and top 10 teams. 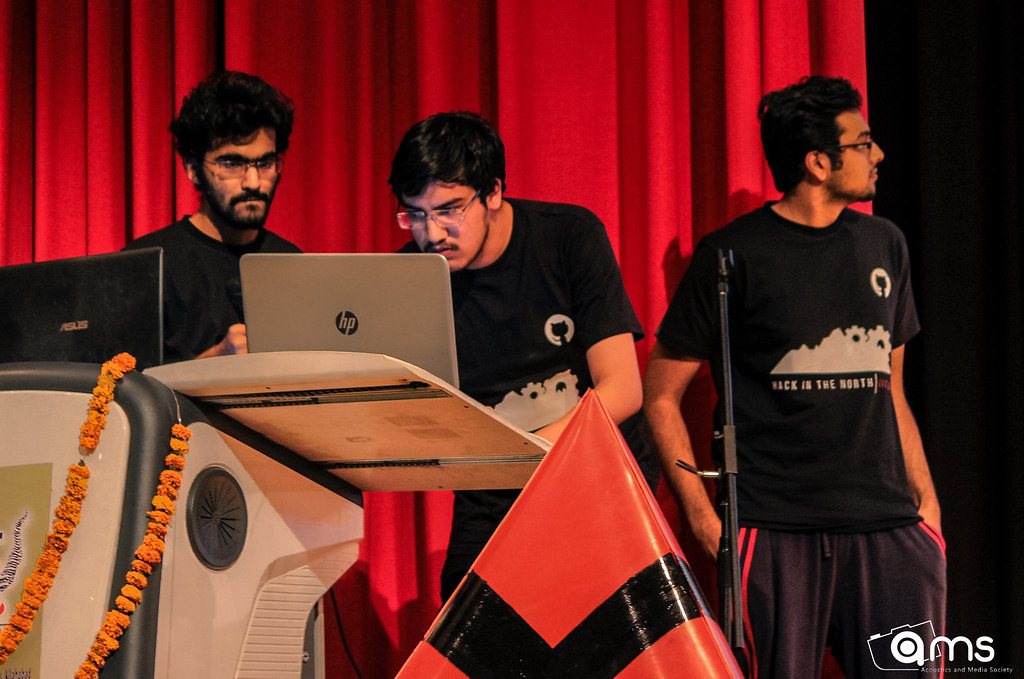 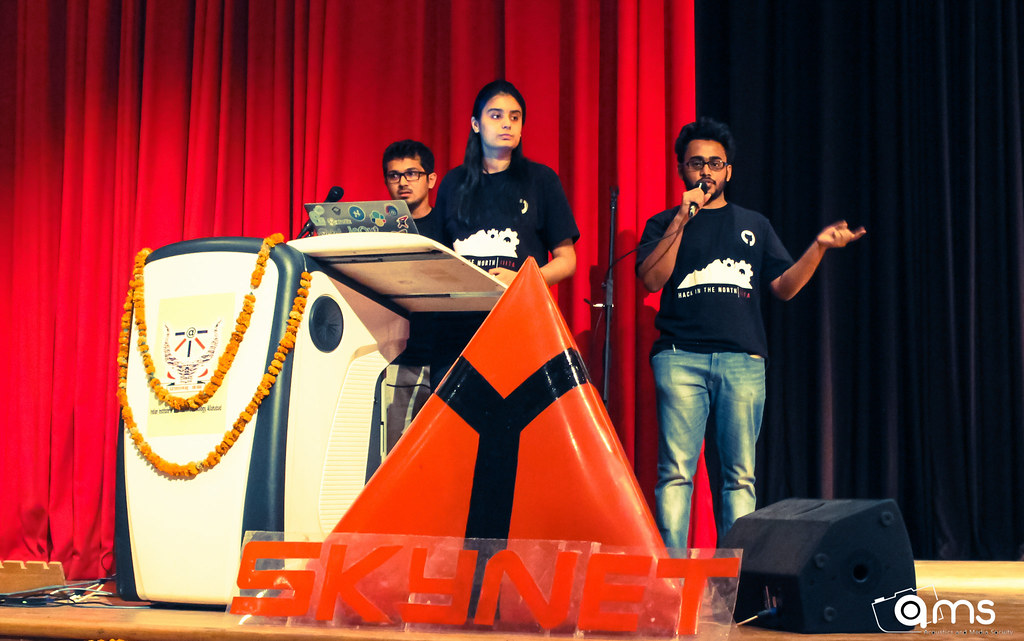 Winners of hint 2.0 during the final judging

It was my third time organising a hackthon, first two although being sucessful was incomplete. It lacked an integral part, Sponsors. We had Github, Hackster.io, Gitlab, Radix, Wolframalpha, Tensorflow, Restdb and many more to fill that gapping hole this year.

Steve Jobs said you can only connect the dots backwards, that everything you did till a point in life will allign at one moment. That moment what this years Hack In The North was for us.